Zynga was founded in July 2007 with the vision of connecting the world through games. Since then they have dedicated themselves to making fun and social games for people to play with their friends and have become the largest developer of social games on the web in the process. Zynga games provide a platform for players to express themselves and form deep social connections with their friends. With a catalogue that ranges from casino games to role playing games, their games can be found on most social networks, and on the iPhone.

Zynga was named after Zinga, The founder's 13-year old American Bulldog who sadly passed away in late 2008. Zinga’s name came from Enzinga, the Swahili name for an African Warrior Princess.

The launch of Mafia Wars sparked a lawsuit (which is still unsettled) from the makers of Mob Wars.

In September 2009 Zynga was threatened with legal action by Nissan for use of their trademarks in the game Street Racing. Zynga subsequently renamed and changed the thumbnail images of all cars that were branded Nissan and Infiniti to "Sindats" and "Fujis" with the thumbnails changed marginally.

On October 31, 2009, Michael Arrington of TechCrunch accused Zynga of knowingly using lead generation offer scams, such as those involving a recurring subscription, stating that such offers made up a the third of Zynga's revenue. Arrington also alleged that Facebook was complicit in this. [1] On November 2, 2009, CEO Mark Pincus announced a reform in its offers: Tatto Media, a major offer provider that enrolled users into recurring cell phone subscriptions, would be banned, all mobile offers would be removed, and that offer providers would be required to pre-screen offers. Five days later, Arrington reported that, when logged into his account, he did not see the ads. However, when logged into a friend's account, the ads reappeared.

A few days after Techcrunch broke the scam story, Zynga's most recent Facebook game FishVille, was also temporarily taken offline by Facebook for advertising violations. According to Zynga Fishville had amassed 875,000 users within two days of launch. A release from Facebook on its reasons for taking the game offline read that "FishVille will remain suspended until Facebook is satisfied that Zynga demonstrates compliance with Facebook restrictions — as well as Zynga’s own restrictions — on the ads it offers users."[2] [3]

YoVille is the largest virtual world game on social networks at that time. 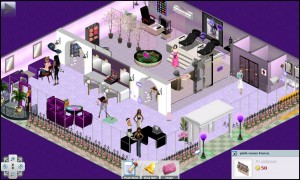 MyMiniLife allows users to create their own personalized spaces and homes using styles ranging from that of a budding metropolis to a tropical island getaway. Players can then, of course, expand their creations through the purchase of items using the company’s virtual currency.


The technology was quickly put to use in its hit game FarmVille. 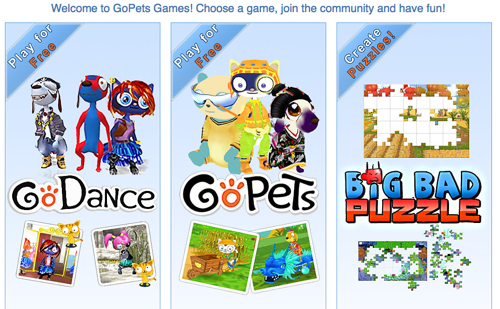 GoPets is an online world that revolves around 3D virtual pets. You can adopt a cat or dog, and design it’s very own 3D virtual land on which it lives. A GoPet can be dressed up in fancy clothing, eat exotic foods, and interact with the different items that you buy it.

Retrieved from "https://mafiawars.fandom.com/wiki/Zynga?oldid=222254"
Community content is available under CC-BY-SA unless otherwise noted.