Las Vegas is the fifth playable city in the game. Beta was released on July 21, 2010.

Each District from above unlocks a building for your Casino.

Each property can be upgraded up to 5 stars (in 1/2 star increments) similar to the Chop Shop with consumable loot. Upgrading each casino properties requires

Special loot items dropped from a job in the corresponding District

Vault can be upgraded to bank more cash and exchange more NY$, C$, R$, B$ for V$ with five security loot drops:

All loot items drop randomly in their respective districts. For a more specific page detailing where these loot items are from, see Loot:Las Vegas

When you get Bronze Mastery on a District you receive the mastery item listed below. When you get Silver, Gold and Ruby Mastery this item gains more attack and defense and replaces the previously earned item.

Release of District 7 and District 8

The Jimmy Vegas and Victor Alves Mafia's erupt into a violent war over the Casino laden strip of Las Vegas. This struggle for wealth, power and control has made Vegas a battle ground between these 2 crime families. Apparently they have resorted to the use of chemical warfare that is being dubbed as a virus. It won't be long before Las Vegas becomes a ghost town. 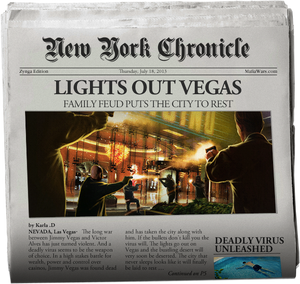 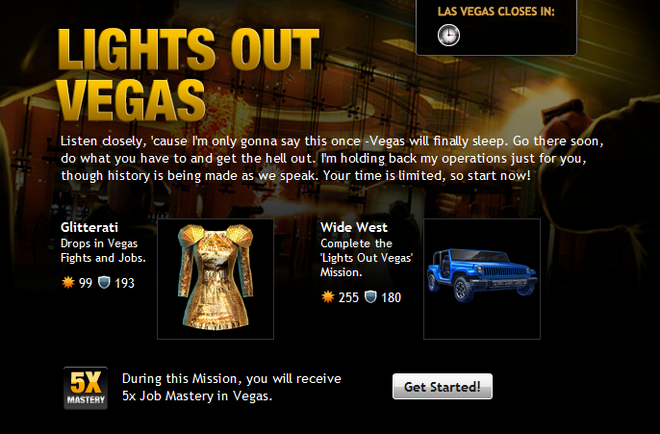 Add a photo to this gallery
Retrieved from "https://mafiawars.fandom.com/wiki/Las_Vegas?oldid=282809"
Community content is available under CC-BY-SA unless otherwise noted.