Wikipedia has an article about:
El Dorado

Make A Path To The Temple[edit | edit source]

Reply - "El Dorado" was the name of a Native American chief of whose story evolved into a mythological city of gold that was searched for by the Spanish conquistadors in South America, with much of the search taking place in the Amazon. The locations used in the depiction in Mafia Wars are roughly appropriate for a city of that region and time frame. 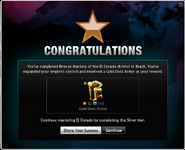 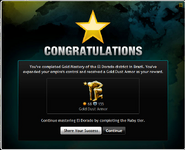 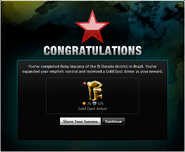 Add a photo to this gallery
Retrieved from "https://mafiawars.fandom.com/wiki/El_Dorado?oldid=256511"
Community content is available under CC-BY-SA unless otherwise noted.