No Animals were available when Cuba was released

With the Neo-Imperium distracted by their criminal activities in other parts of the world, your chance has come to sneak back into Cuba. Your job progress will start for where you left off, but you’ll find a new tier of job mastery and powerful new loot. Be sure to hurry though, the Neo-Imperium won’t be fooled for long. Grab what you can while you can, because this temporary visa won’t last forever. 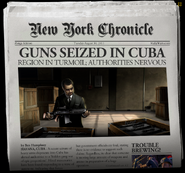 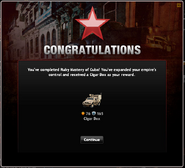 cuba ruby achivement
Add a photo to this gallery
Retrieved from "https://mafiawars.fandom.com/wiki/Cuba?oldid=266082"
Community content is available under CC-BY-SA unless otherwise noted.