Challenge Mission is a large Limited Time Job where you asked to do a special mission. All Challenge Mission have a story behind them. In the first mission, you were asked to steal the "Mona Lisa" Painting from the Louvre museum in Paris.

Wikipedia has an article about:
Mona Lisa

In the first Challenge Mission, you were asked to steal the "Mona Lisa" Painting from the Louvre museum in Paris. You have to collect Parisian Maps to assist you in locating the Painting.

Mona Lisa (also known as La Gioconda or La Joconde) is a sixteenth-century portrait painted in oil on a poplar panel in Florence, Italy by Leonardo di ser Piero da Vinci during the Renaissance. The work is currently owned by the Government of France and is on display an the Louvre museum in Paris under the title Portrait of Lisa Gherardini, wife of Francesco del Giocondo. Arguably, it is the most famous and iconic painting in the world.

The painting is a half-length portrait and depicts a woman whose facial expression is frequently described as enigmatic. Others believe that the slight smile is an indication that the subject is hiding a secret. The ambiguity of the subject's expression, the monumentality of the composition, and the subtle modeling of forms and atmospheric illusionism were novel qualities that have contributed to the continuing fascination and study of the work. In 1911, it was stolen and copied; the copies were sold as the genuine painting. It was recovered in 1913.

Wikipedia has an article about:
Crown Jewels of the United Kingdom

In the second Challenge Mission, you were asked to steal the Crown Jewel from the Tower of London in London (Challenge Mission). You have to collect British Passports to assist you in the hesist.

Begin your journey to merry ol' England with Challenge Mission: London! But this trip is no cup of tea – you've been tasked with stealing one of the most prized items on the Earth… a Crown Jewel! You should expect to experience some royal pains in obtaining this priceless heirloom, from dealing with the British Secret Service, to escaping back to India where you will receive your final reward.

Challenge Mission: London runs over three weeks, but you can start getting prepared early. Soon you'll find vital "British Passport" loot drops from fights, robbing and jobs. You'll need these to complete the trials ahead. Don’t think there is just glory that awaits those who are up to the challenge – all new powerful Limited Edition items await those who defy the British Empire! 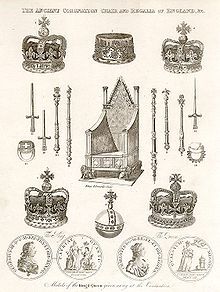 The collective term Crown Jewels denotes the regalia and vestments worn by the sovereign of the United Kingdom during the coronation ceremony and at other state functions. The term refers to the following objects: the crowns, sceptres (with either the cross or the dove), orbs, swords, rings, spurs, colobium sindonis, dalmatic, armill, and the royal robe or pall, as well as several other objects connected with the ceremony itself.

Many of these descend directly from the pre-Reformation period and have a religious and sacral connotation. The vestures donned by the sovereign following the unction, for instance, closely resemble the alb and dalmatic worn by bishops, although the contention that they are meant to confer upon the sovereign an ecclesiastical character is in disrepute among Christian scholars.

Wikipedia has an article about:
2010 FIFA World Cup

In the third Challenge Mission, you were asked to fix the World Cup 2010 finals in South Africa . You have to collect Counterfeit Tickets to fix the biggest game.

As the world’s gaze turns to South Africa and the conclusion of the Global Cup, you’ve prepared for the boldest Challenge Mission yet - fixing the biggest sport game in the world. Success won’t be easy. The plan involves pulling off the largest gold heist that Africa has ever seen, and blackmailing the almost impeachable match referees to rig the game.

To continue the celebration, all mastery progress for Challenge Mission: South Africa will be doubled this weekend. Take this chance to get ahead with your progress as you’ll need it to get access to awesome new rewards for this challenge.

The 2010 FIFA World Cup was the 19th FIFA World Cup, the world championship for international association football teams held every four years. Spain won the tournament, which took place in South Africa from 11 June to 11 July 2010. The bidding process for hosting the tournament finals was open only to African nations; in 2004, the international football federation, FIFA, selected South Africa over Egypt and Morocco to become the first African nation to host the finals.

The matches were played in ten stadia in nine host cities around the country, with the final played at the Soccer City stadium in South Africa's largest city, Johannesburg. Thirty-two teams were selected for participation via a worldwide qualification tournament that began in August 2007. In the first round of the tournament finals, the teams competed in round-robin groups of four teams for points, with the top two teams in each group proceeding. These sixteen teams advanced to the knockout stage, where three rounds of play decided which teams would participate in the final match.

In the final match, Spain, the European champions, defeated third-time finalists the Netherlands 1–0 after extra time, with Andrés Iniesta's goal giving Spain their first-ever world crown. Host nation South Africa, along with 2006 world champions Italy and 2006 runners-up France were eliminated in the first round of the tournament.

The 2010 finals marked the first time a European nation had won the tournament outside its home continent, as well as the first time that two different European teams had become world champions in succession. With a pool of entrants comprising 204 of the 208 FIFA national teams at the time, the 2010 World Cup shares with the 2008 Summer Olympics the record for most competing nations in a sporting event. The opening ceremony marked a return to this tradition, following a cancellation of the previous one.

Wikipedia has an article about:
Bollywood

The fourth Challenge Mission, you were asked to make a hit film in Bollywood. You have to collect Bollywood Film Reel to make the hit film. 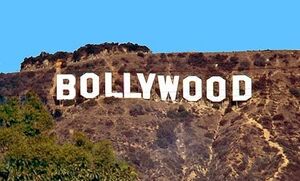 Bollywood is the informal term popularly used for the Hindi-language film industry based in Mumbai, Maharashtra, India. The term is often incorrectly used to refer to the whole of Indian cinema; it is only a part of the total Indian film industry, which includes several regional film industries sorted by language. Bollywood is the largest film producer in India and one of the largest centers of film production in the world. Bollywood is formally referred to as Hindi cinema, though frequent use of poetic Urdu words is fairly common. There has been a growing presence of Indian English in dialogue and songs as well. It is common to see films that feature dialogue with English words phrases, or even whole sentences.

Wikipedia has an article about:
Dublin

The fifth Challenge Mission, you were asked to rob the National Bank of Ireland. You have to collect Pint of Stout to do the jobs.

Dulbin offers a world of maximum opportunity, maximum entertainment and maximum crime.The green hills of Ireland are deceiving, as not even the Emerald Isle can escape from the world of crime. Destroy your rivals and become the real power broker in Dublin. 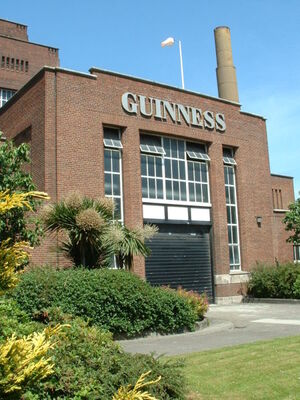 Dublin is the primate and capital city of Ireland. It is officially known in Irish as Baile Átha Cliath or Áth Cliath . The English name comes from the Irish Dubh Linn meaning "black pool". It is located near the midpoint of Ireland's east coast, at the mouth of the River Liffey and at the centre of the Dublin Region. Originally founded as a Viking settlement, it evolved into the Kingdom of Dublin and became the island's primary city following the Norman invasion. Today, it is ranked 23rd in the Global Financial Centres Index, has one of the fastest growing populations of any European capital city, and is listed by the GaWC as a global city with a ranking of Alpha, placing Dublin among the top 25 cities in the world. Dublin is a historical and contemporary cultural centre for the island of Ireland as well as a modern centre of education, the arts, administrative function, economy and industry.

The sixth Challenge Mission, you were asked to steal an aircraft called the Mach 4 then use the HALO Wingsuit to glide (airborne) into an enemies cargo bay and make off with the Prototype. You had to collect 311 Reserve Chutes to do the jobs required to obtain the Laser Rifle Prototype.

Wikipedia has an article about:
Staten Island

This is the seventh challenge mission.

You have to collect Ferry Passes to do the jobs.

This is the eighth challenge mission.

You have to collect Cycloptics to do the jobs.

Retrieved from "https://mafiawars.fandom.com/wiki/Challenge_Missions?oldid=289852"
Community content is available under CC-BY-SA unless otherwise noted.