This is the fourth district in Chicago

Note: The payout on jobs will differ from player to player as they are dependent on the player's level.

Set Up a Distillery in Cicero[edit | edit source]

Escape a Federal Agents Raid on Your Distillery[edit | edit source]

Find Out About Mayor's Dealings With the Bureau[edit | edit source] 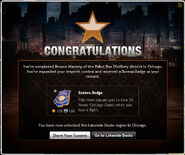 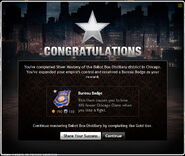 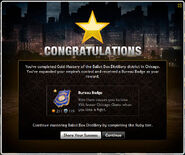 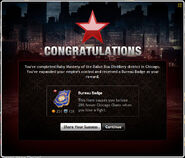 Add a photo to this gallery
Retrieved from "https://mafiawars.fandom.com/wiki/Ballot_Box_Distillery?oldid=254214"
Community content is available under CC-BY-SA unless otherwise noted.